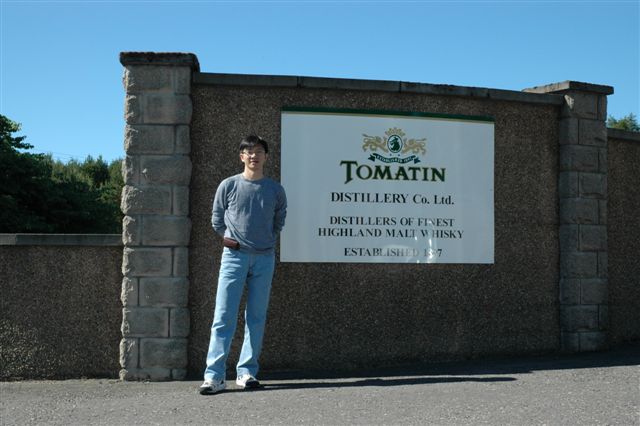 Our plan today was to arrived Edinburgh before 2:00 to meet the other Taiwanese to go clay pigeon shooting..  I forget if I mentioned earlier that my trip is partially sponsored by Caldbecks Taiwan, a join venture of William Grant & Son and Bacard.  I should meet other people in the industry to “enjoy” three days of luxury tour.  However, I got the call from Jamie, Glenfiddich brand manger of Taiwan, saying that they didn’t leave Taiwan as most of the guests are scared of the London bombing on July 7th and she feel sorry about it but she has arrange the accommodation and the distillery tour for me.  As I don’t have the clay shooting in the afternoon, I changed my plan immediately and head north. 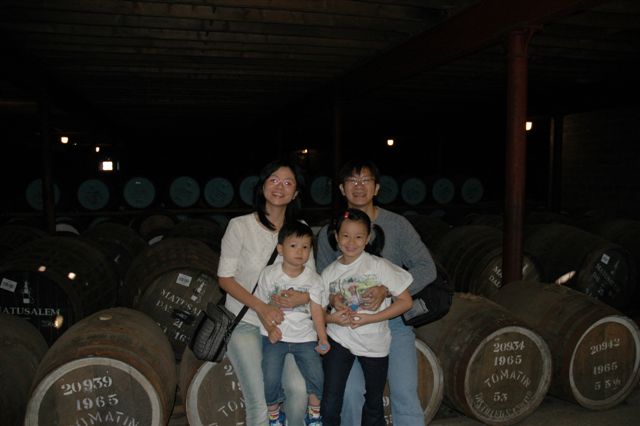 My first stop today was Tomatin.  Tomatin’s tour doesn’t get too much positive point on the reviews.  However, I personally think it still worth a short stop because of the friendly tour guild and visitor center workers.  The tour is free and starts in a well organized video film, the most interesting part in the video is it kept saying Tomatin sold quite well in Gorden &Maphfeil and in Royal Miles Whisky, as if they are afraid visitors take Tomatin as an un-famous single malt.  I was quite surprised to learn that Tomatin is the biggest Single Malt distillery in terms of production volumes.  Our tour does not go through the working process but we can at least see the stills in a distance, though not being able to take pictures.  After a short but detailed explanation, we move to a traditional dunnage warehouse, specially prepared for the visitors, where you can sit on several 1965 Tomatin casks  for pictures and then smell it.  Oh! It smell so good.  Our guide said they intend to let it matured for a couple of years more and see if they can stand until 50 years old.  I was also very surprised to learn that Tomatin mainly use Sherry Cask to mature.  I quite doubt it as it has such high production volume and it is not possible to get all those sherry casks.  Another surprised was the fact the Tomatin said it was lightly peated but I can hardly feel it.  The tour guide said they also have some heavily peated ones but in a very small portion.  Then the kids are happy as they bought the highland cow toys while we enjoy our wee dram of 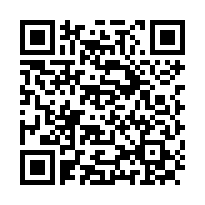